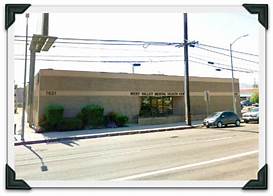 In partnership with County Supervisor Sheila Kuehl, the property in Canoga Park will be the first permanent Bridge Housing site in the City.

“When the Mayor announced his plan for Bridge Housing throughout Los Angeles, I knew that I wanted to help create something in the West Valley that could have a permanent impact,” said Blumenfield. “Thanks to the partnership and leadership of Supervisor Kuehl, we were able to leverage this funding with the services provided by the County to create a facility that will help our community’s most vulnerable for many years to come.”

“This project is a great example of City – County cooperation and will help reduce the number of our friends and neighbors who are experiencing homelessness,” said LA County Supervisor Sheila Kuehl. “Bridge Housing is a critical step in moving men and women from the street and their cars to permanent housing.”

The property, located at 7621 Canoga Avenue, had been privately owned, but used to serve as a County mental health facility. Under the plan, the City will allocate a conditional grant of $4.3 million to the County to purchase the property, then the County will renovate it and provide no less than 15 years of homeless services. The City’s funding includes $1.3 million from the Mayor’s Bridge Housing line item and an additional $3 million from the State’s Homeless Emergency Aid Program. Though this site will be a ‘permanent’ Bridge Housing facility, it will provide homeless people with ‘temporary’ and transitional housing, just like other bridge housing sites opening up around the city. This site will provide housing for no less than 70 people at any given time. Opening date and exact capacity are still being finalized.