Valley Residents Suffer the Most From Smog 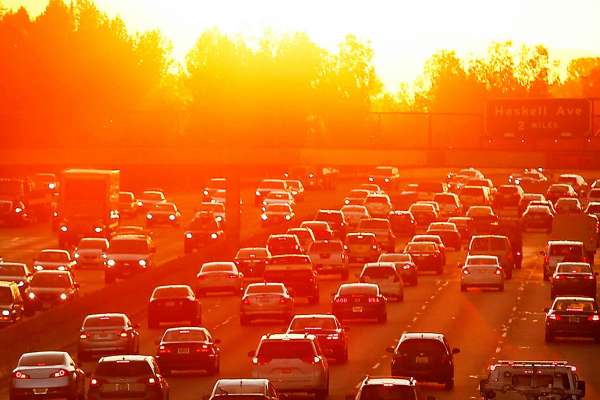 Those who reside in Southern California, or have simply driven on its freeways, are well aware of the fact that the smog is simply an unavoidable factor in living in this area. After decades of proposed improvements to clear the air, the effort to reduce carbon emission is substantially slowing down. As a result, air quality is on the decline and San Fernando Valley residents are suffering now more than ever.

Within Southern California, the amount of bad air you breathe is strongly dependent on the specific area you live in. As you travel further inland, communities such as the San Fernando Valley suffer from more polluted air days, elevated smog levels and some of the highest rates of asthma in the states. According to The Times, areas closer to the coast, such as the Westside, are spared from these heavier smog induced days. Within the Valley, the area is so concentrated and enclosed; the smog lingers longer and heavier. Southern California’s warmer climate also adds further problems by allowing the smog to build up and the lung-damaging gas to linger. Last year, the Westside had just two recorded days of bad ozone pollution while in the Valley, there were 49 bad days. Plus, from 2010 to 2017, deaths caused from effects of ozone pollution increased by 10 percent. These numbers only continue to rise and Valley residents suffer the consequences.

However, it’s not just the natural environment that is contributing to the increased smog, it’s also the role the government plays in dealing with the issue. One of the biggest factors needed to combat air pollution is lack of funds. It will most likely take billions of dollars to make any drastic changes through smog-reduction deadlines under the Clean Air Act, but it’s unclear where that money will come from.

Emission standards that California depends on to reduce pollution from vehicles need more regulation, and each year Southern California is falling behind in raising the money needed to pay for less-polluting cars and trucks.

To be fit for federal health standards, the air needs to be much, much clearer. Since it is such a hazardous health issue, the U.S. Environmental Protection Agency could start implementing serious sanctions by the end of the year if no adequate plan is submitted to reduce smog. Such sanctions could include increased restrictions on polluting industries, loss of federal highway funds, no-drive days and even gas rationing.

While the SFV suffers from polluted air, it’s important to take measures to protect one’s health. Visit airnow.gov on any given day to monitor the quality of the air in your area.