Three Los Angeles Police Department officers have been infected with MRSA at the West Valley station in Reseda. 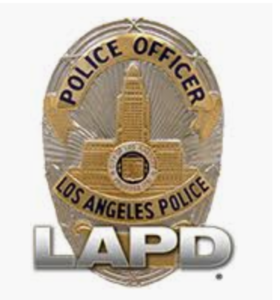 Multiple reports have recently emerged that several LAPD officers may have contracted MRSA, a highly contagious infection. MRSA, or Methicillin-resistant Staphylococcus aureus, causes staph infections and can be hard to treat due to resistance to some antibiotics, according to the Centers for Disease Control and Prevention.

Three officers have been infected with MRSA at the Los Angeles Police Department’s West Valley station in Reseda and LAPD recently released a statement ensuring, “The health, safety, and wellbeing of our Los Angeles Police Department officers is critical and we are ensuring the officers exposed to this disease are cared for. First responders throughout the region and especially here in Los Angeles are constantly responding to incidents that put them at risk of potential exposure to various diseases, and that’s why the Department takes this incident very seriously. All of the work areas that may have been exposed have been disinfected.”

LAPD has not confirmed the exact diagnosis but did say that three officers are on medical leave for treatment and that the agency is aggressively taking all steps to clean and sanitize its West Valley station. According to a watch commander, the outbreak began a few days ago and while officials don’t have a definitive source of the infection, it is believed to possibly be the result of interacting with the homeless population. MSRA is highly contagious and can often be found escalating in crowded places such as hospitals, other healthcare facilities, workplaces and schools. Symptoms include rash, headaches, muscle aches, chills, fever, fatigue, cough, shortness of breath and chest pain.