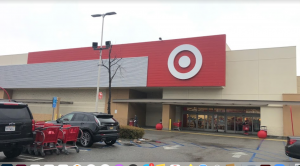 Valley News Group has reported on the growing homeless camp on Ventura Blvd. right in front of Target Woodland Hills.

Recent complaints, however, have the homeless invading the store itself.

Various reports have transients entering the store without shoes or masks to use the restrooms.

Another patron said she saw a homeless person on a bike ride through the store and grab merchandise, waving it as they rode out the front door.

Businesses up and down the boulevard are having many of the same issues, with homeless coming in to steal sodas or goods off the shelves – right in front of store management.

Under Prop 47, in California you can steal up to $950 and it’s only a misdemeanor, which most store owners know means police probably won’t respond.

The question is, why isn’t Target security at least enforcing the mask mandate?

Their phone message does state, “The health of you, your families and our team members is our highest priority. Wearing a  mask or face covering is required in the store.”

“It’s very unsafe,” said one resident, commenting on the unmasked and obviously homeless. “They enable this behavior.”

We reached out to Woodland Hills store director Sean Rowe to ask why their security was not requiring everyone entering the store to wear masks. Rowe declined comment and referred us to Brian Harper-Tibaldo of their corporate press office.

Tibaldo sent over the following statement: “We are aware of the situation in Woodland Hills and are working with the Los Angeles Homeless Services Authority and the Los Angeles Police Department to help address the specific needs of this community. We are not able to provide specifics on policy or security enforcement.”

We understand that store managers and security are reticent to confront homeless, who are often drugged out or mentally unstable. Last month we reported that a Cheesecake Factory employee who attempted to stop a transient from stealing food from the take-out counter was actually stabbed by the thief.

Obviously the homeless issue is an ongoing problem, prevalent throughout the area, but it’s unfortunate that the health of the community is falling through the corporate cracks.