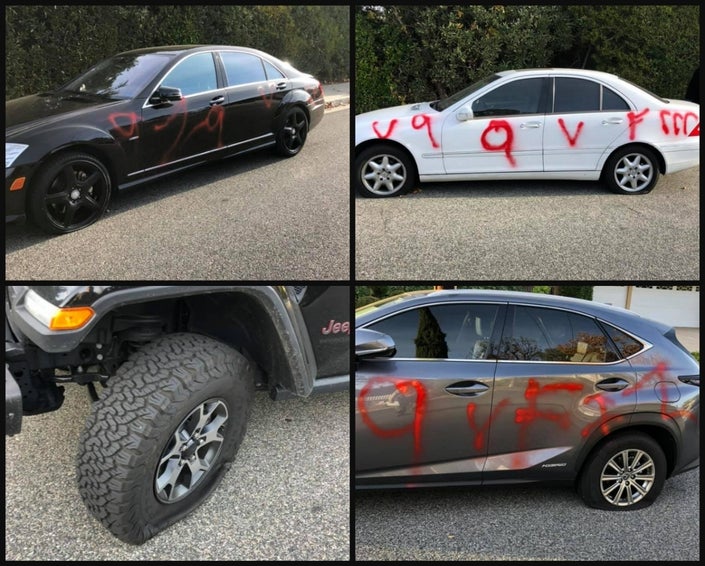 The L.A. County Sheriff’s Department is seeking suspects in rampant vandalism Tuesday night. At least 29 cars were spray painted and had tires slashed in Calabasas. Five vehicles along Freedom Drive were hit on Monday, and then on Tuesday another 12 on Eddingham Avenue were reported vandalized. Also on Tuesday 12 more with similar damage were found at the Audi dealership on Calabasas Road. Cars and SUVs sat on deflated tires with red graffiti sprawled all over the paintwork. Gary Dannenbaum of Audi reported one car had over $4000 in damages. As of Wednesday evening no arrest had been made in the case. Anyone with information in the case should call the Malibu Lost Hills Sheriff’s Station at (818) 818-1808.