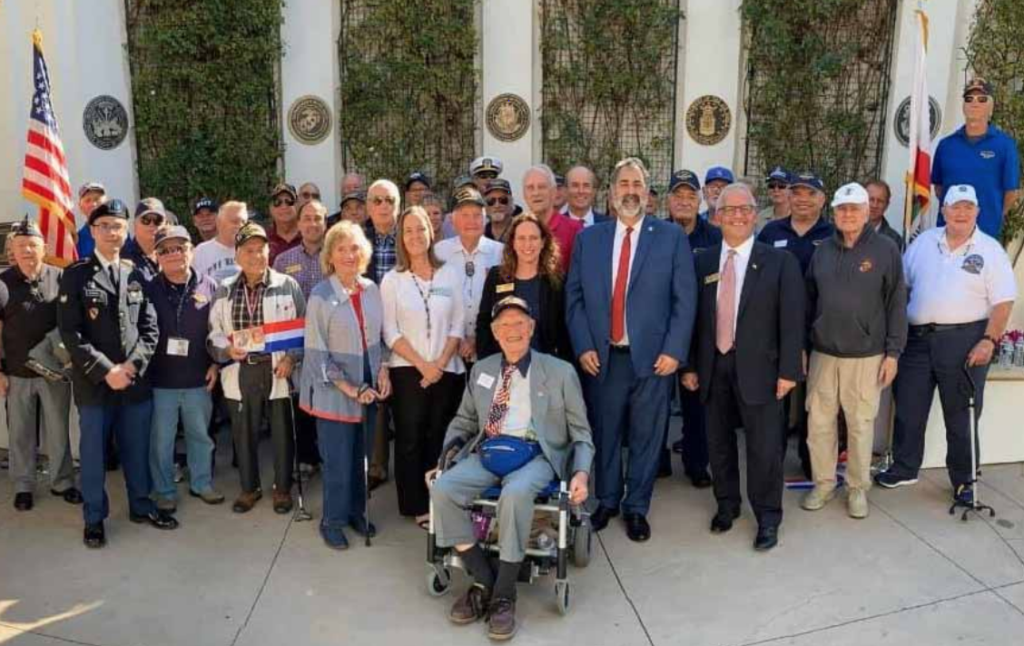 They came from all branches of the military. Every war from WWII to Desert Storm.

Calabasas Mayor David Shapiro gave a moving introduction about his family’s military history, and his desire to erect a permanent monument to those who served.

Chartrand gave an emotional speech about his high-school age daughter, and how  only four students in her class salute the flag and say the Pledge of Allegiance every morning, and how as a veteran’s daughter  she encourages other young people to respect our flag.

The Calabasas High School band provided the national anthem and a rendition of each branch’s theme song. Flags from each branch lined the garden wall.

A large contingent of Wings Over Wendys, a veterans group, was present to help dedicate the memorial along with all Calabasas City Councilmembers and many community leaders.

WOW leader Ed Reynolds also spoke about being a veteran, and the service of the men and women to this country. Most of WOW members are from WWII, and some came in wheelchairs, some remained seated, but all saluted  when their branch of the military was honored.

The garden is open to the public.