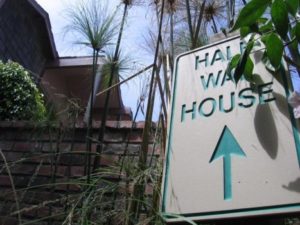 The Woolsey Fire blew more than ash into the west valley.

With the destruction of so much property in Malibu,  long a  location for high-end rehab centers and sober living homes,   those displaced facilities have relocated en masse to the west valley.

Residents in the Walnut Acres area of Woodland Hills, Calabasas and Agoura are trying to organize as a group to fight the proliferation of multi-unit rehab centers.

Their concerns are many. Most of the homes appear to be unlicensed, as facilities with fewer than six clients are not required to be licensed.

“We’re having this issue in Woodland Hills, old Agoura and now Calabasas,” said Steve Lane of State Senator Henry Stern’s office.  “We are seeing clusters of these sober living homes in certain neighborhoods. They become ‘sister houses,’ owned by the same people so they can send clients from one house to another.”

At last count there were as many as 12 sober living homes in the Walnut Acres neighborhood.

Traffic, trash and safety concerns are paramount.  Residents are concerned about the traffic on Gonzalez Street,  homes on Mariano and de la Osa. Staff to oversee the homes means more cars parked up and down the residential streets.

A surplus of residents in one house means more trash.

Concerns over safety related directly to the clients in the programs – and those that don’t make it through the programs.

“Many of those in the programs are from out of state, funded by insurance,” said John Walker, President of the Woodland Hills Homeowners Organization.

While it is difficult to pin down exact numbers, sources in the insurance industry say out-of-network providers can typically bill from $500 to $800 a day for outpatient treatment.

“When the insurance money runs out, they’re back on the street. And it takes more than a couple of weeks to get sober in rehab,” said Walker.

There were several aggressive incidents reported in Agoura around the sober living facilities.

Stern’s office said, “This is a very vulnerable population they work with. We understand the plight of the neighbors.”

Walker continued, “No one is against those who need assistance, but we have a right to keep our community safe.”

Walker, Lane, and Stern all concurred that the best way for local concerned residents to handle the issue is to join together and do their research.

Group homes are generally easy to start, cheap to run and largely unregulated. “The drive to make money sometimes gets to be a greater motivator than the drive for patient safety and clinical care,” said Gerald Shulman, a clinical psychologist who studies cost and quality in addiction treatment.

Sober living homes will be the main topic of the next homeowners meeting May 22, (For details see whho.com).