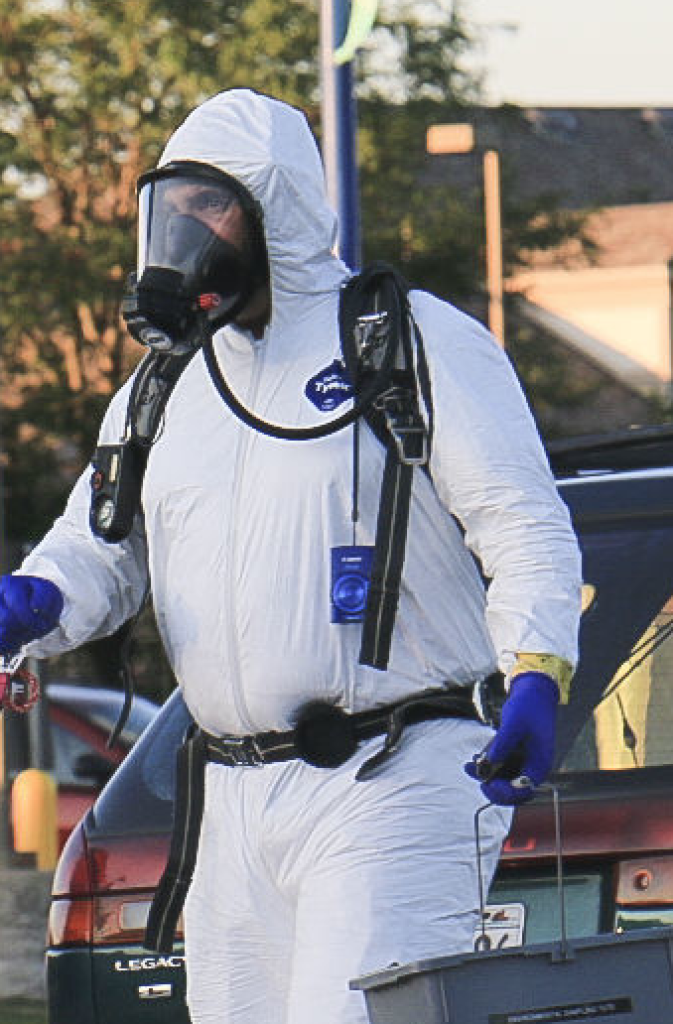 LAPD’s hazmat team was called to the Extended Stay hotel on Ventura Boulevard near Winnetka on Tuesday after four guests used drugs laced with fentanyl. Paramedics responded at 6:45 am to the hotel and found three people alert and responsive and one in critical condition. “Because of the potency of fentanyl and the potential for cross-contamination we called out for a hazmat squad to come and assess the scene,” said LAFD Battalion Chief Andrew Wordin. Detectives determined that the four planned to do fentanyl since Narcan nasal spray was found in the hotel room. The man suffering cardiac arrest had marks on his chest from his friend trying to revive him. The hotel room was cordoned off and the hazmat team decontaminated the scene. Fentanyl is 50 to 100 times more potent than morphine; when mixed with other drugs it can be deadly. Names, ages and genders of the victims were not released. Investigators from the opioid task force were trying to find the sellers of the tainted drug.