Comforting the Youngest Victims in Jail

The little boy was brought in to the Lost Hills Sheriff’s Station, obviously traumatized.

Both his parent were arrested and jailed for domestic abuse charges.

He waited in an anteroom while they were booked, not saying a word.

The Sheriff’s Department does work with a therapy pony for situations like this. The pony, a black and  white spotted miniature horse, was brought over to the station. The little boy was told he could pet it, but he shook his head and said no. “Why not?” asked the Sheriff.

“Because he is all bruised,” a little voice said.

Cases like his are why the Lost Hills Station has a comfort room for small children, and why Calabasas Rotary made it their project to redo the room and make it more kid-friendly and usable.

Under the inspiration of Rotary President Danielle Della Galla, the Rotary Club donated $2,500 from a District 5280 community grant, and along with $1,200 from the City of Calabasas thorough Mayor Mary Sue Maurer, completely transformed the room.

They purchased new furniture, including a child-size table and stools, a new cupboard that holds teddy bears, clothing by size from infant to adults, diapers and wipes. Rotary members sewed colorful pillowcases to go on brand new pillows the children could take to foster care.

There are also coloring books and games, a new DVD player, smart TV and kid-friendly DVD’s. A refrigerator holds snacks.

Everything is designed  to comfort children  who are scared, uncertain and alone.

According to Della Gala, once the project got rolling it was a community effort. A retired sheriff who now owns a carpet store gave them a deal on new carpet. The Lost Hills trustees, former incarcerated individuals who now work with the station, painted the room. Calabasas Rotarian Angie Whitson donated two of her own paintings.

The room is now warm and welcoming, and a plaque outside in the hall shows that it was donated by Rotary and the Mayor (herself a Rotary member), demonstrating that the  Rotary motto of “service above self” is taken seriously by the group – and evidenced by what they’ve done to give comfort to the littlest victims. 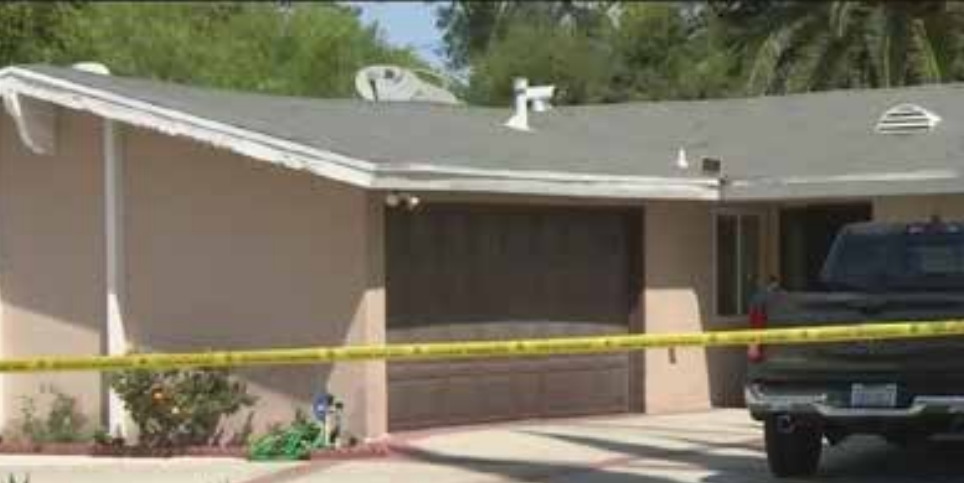 Just a week after a brutal stabbing death on a residential street in Woodland Hills, another gruesome murder has shocked the community. The body of… Read More »Second Murder Shocks Woodland Hills 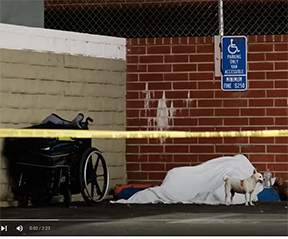 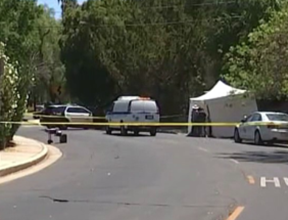 Murder on the Street

There are no suspects and no motive yet in the brutal stabbing of a Woodland Hills man in the middle of a quiet residential street.… Read More »Murder on the Street 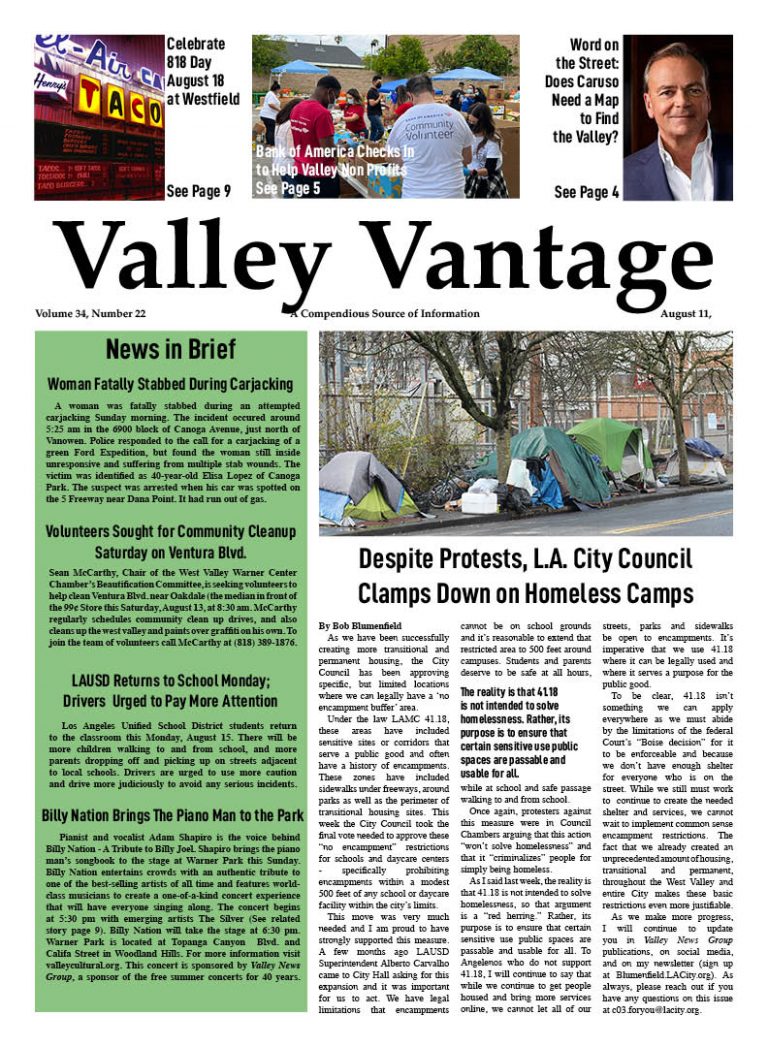 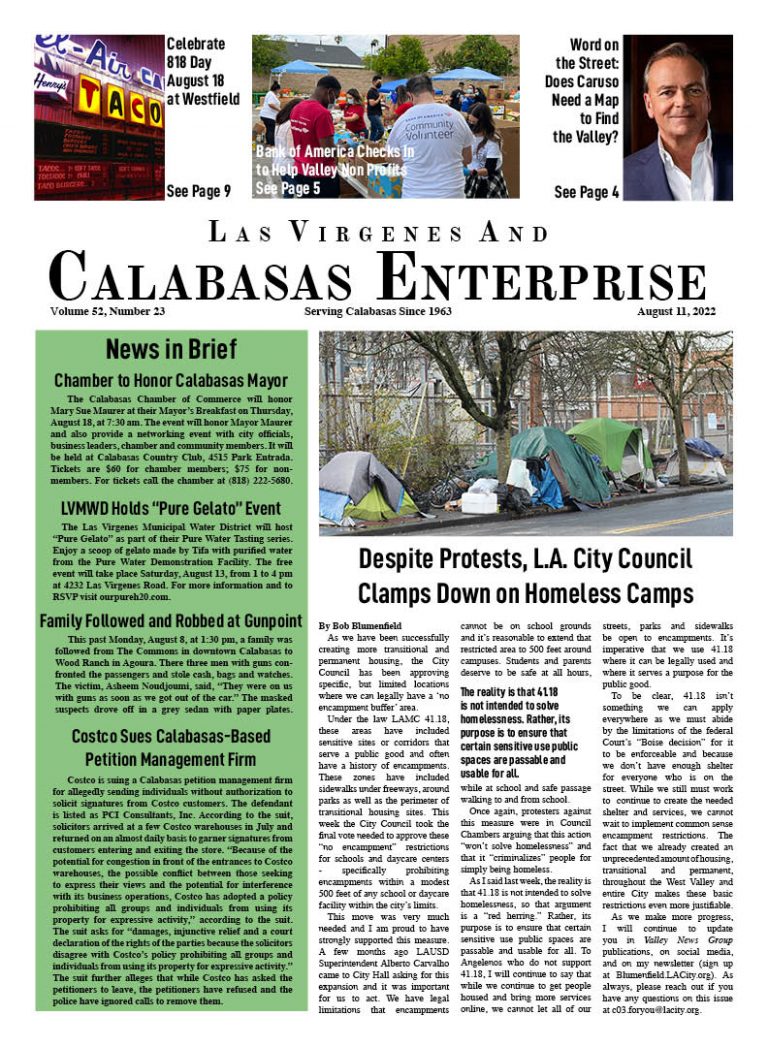 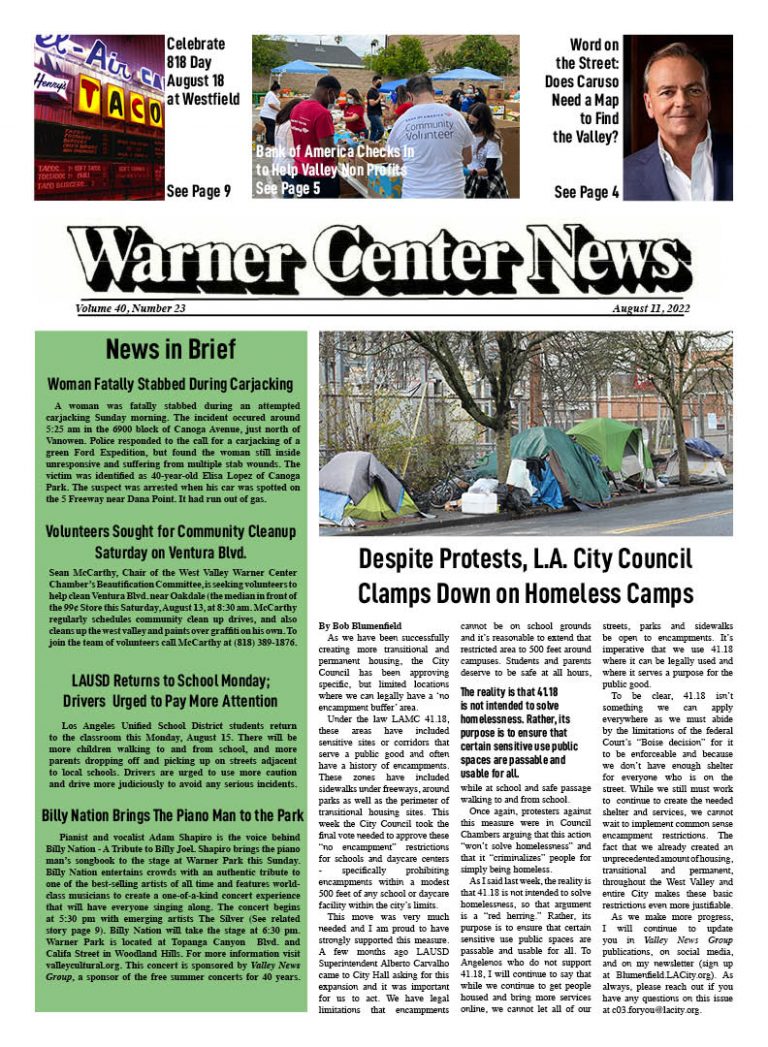