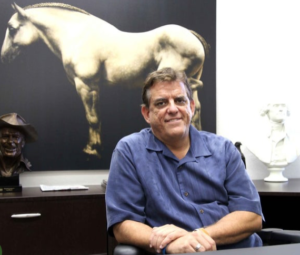 Gary M. Thomas, one of the San Fernando Valley’s most active and admired community leaders, died last Friday, March 6, at the UCLA Medical Center of various respiratory ailments. Thomas was 61 and had been hospitalized for nearly five weeks prior to his death.

Gary and his brother, Fred, were partners in Aaron, Thomas & Associates, one of the nation’s leading political direct mail specialists, located in Chatsworth. Gary Thomas was senior vice president and creative director of the firm, co-founded by their father.

Thomas was better known for his civic and community activities, with a lengthy list of nonprofit boards on which he served. He was best known as Chairman of the Board of the Boys & Girls Club of the West Valley, where he served as Chairman for 10 years, once saying that he wouldn’t mind being Chairman of the Club for the rest of his life.

Throughout his nearly 20 years of active involvement in the Club, Thomas was always providing assistance to youngsters who needed some special help or providing opportunities to enrich their lives.

According to Jan Sobel, who was President/CEO of the Club during the years of Thomas’ chairmanship, “Gary was sort of a one man Make-A-Wish Foundation for our kids.”

Public relations professional Martin M. Cooper followed Thomas as Chairman of the Boys & Girls Club Board and was also a close friend.

“Gary was a truly singular person,” Cooper said. “He would come up with the zaniest ideas and had the leadership skills to translate them into successes. Just one example: He conceived of a Boys & Girls Club fundraising event called Mile of Quarters, where youngsters would place quarters on a mat stretching across the Westfield Topanga Mall. He was the last to leave the night before the event when it was being set up, spent the entire day serving as unofficial cheerleader, and was the last to leave after everything was taken down afterward.”

Cooper recalls that Thomas was a man of many loves: the Kings hockey team, the Simi Valley Cultural Arts Foundation, and everything Disney. Gary went to Disneyland about once a month and was a member of D23, the official Disney Fan Club.

In 2011, he was honored with the Fernando Award, the Valley’s most important recognition for lifetime volunteerism and civic engagement. Gary’s father, Fred M. Thomas, received the Fernando Award in 1988; they are the only father-son honorees in the organization’s 61-year history.

Thomas was one of the founding chairs of the Economic Alliance and served on a number of nonprofit boards of directors throughout the San Fernando and Simi Valleys, He encouraged many people to become active in nonprofit organizations and activities.

“Gary is,” as a fellow member of the Boys & Girls Club Board, said, “simply irreplaceable.”