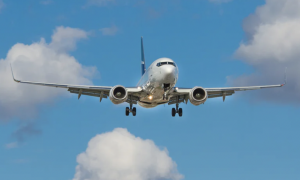 Over the past few months, I’ve heard from many constituents concerned about airplane noise over West Valley communities.

Portions of the West Valley are under flight paths for Burbank arrivals, departures from LAX and Van Nuys Airports, and other flights criss-crossing the skies above Los Angeles. Although the airports themselves are owned and operated by the City of Los Angeles – by Los Angeles World Airports (LAWA) for LAX and Van Nuys – or other local agencies – for Burbank, the flight paths are dictated by the Federal Aviation Administration (FAA). For that reason, the Los Angeles City Council cannot unilaterally change these flight paths. Nevertheless, I want to share some of what my team and I have uncovered, and what is being done to connect with the government officials who directly oversee such issues so that our local communities’ concerns are addressed.

Here is what we have learned. In 2017 the FAA implemented Metroplex, a new GPS-guided routing system, at all Southern California airports, including LAX, Van Nuys and Burbank. Metroplex created new air navigation points and shifted some air traffic routes. At that time, the FAA’s environmental analysis concluded that there would be no significant impacts for the West Valley. Over time, the increased use of GPS technology has meant that fights are more narrowly concentrated. In addition, increases in overall air traffic and changes in the aircraft mix (such as more jet traffic at Van Nuys) have created additional noise. Although these changes have occurred over time, noise complaints have been brought to me and my staff only recently with the resurgence in air traffic as COVID vaccinations have helped reopen travel.

Here is what I am doing, despite the fact that the key decisions are made by the FAA, over which Congress (not City Council) has oversight authority. I continue to work closely with Los Angeles World Airports (LAWA) to obtain more data about flight patterns and altitudes over the West Valley to ensure that aircrafts are adhering to the federal Metroplex flight paths, especially with regard to elevation.

To address issues with LAX departures, I worked with LAWA to give the Woodland Hills-Warner Center Neighborhood Council a seat on the LAX Community Noise Roundtable so that local residents will have a direct voice to LAWA and the FAA. Regarding Van Nuys, last Monday, the FAA and LAWA held a virtual town hall regarding a proposed redesign of Van Nuys departure procedures based on the recommendations of the Southern San Fernando Valley Airplane Noise Task Force, and which would shift flights northward out of the hillsides of Encino and Sherman Oaks. Many West Valley residents participated in that meeting, and it’s critical to make sure your voice continues to be heard. We need to ensure flight paths are fair and reflect the impact of air traffic. To assist in that effort, please submit your noise complaints at noiseportal.lawa.org/vny and noiseportal.lawa.org/lax.

I want to thank Timi Romolini from QuietSkies, our Neighborhood Councils and stakeholders for working closely with me and my staff to sort through these issues and help get concerned residents involved. There are many more details and issues that need to be addressed by the FAA, LAWA and folks on the federal level, but they are aware of residents’ concerns and I will continue to help in every way I can.  Airplane noise can be intense and much more than a nuisance — it can cause health and safety issues and destroy a person’s quality of life.  I feel for those whose lives have been upended by route changes and will do everything within my power to help find positive solutions.

Councilman Blumenfield represents the Third District on the L.A.City Council, which includes the southwestern portion of the west valley.