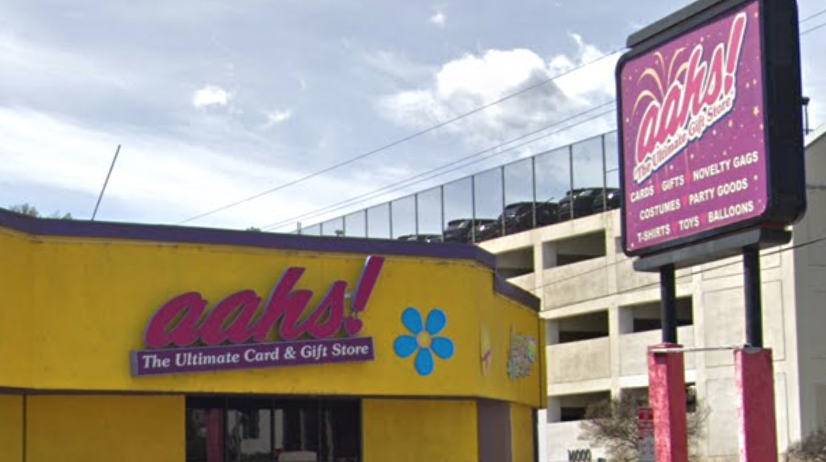 An iconic institution whose storefront was easily recognizable to Valley residents is closing its doors.  After 40 years in business, Aah’s! The Ultimate Gift Store in Encino is shutting down. A novelty shop with a myriad of gag gifts, costumes, decorations and more seems to have fallen like many other retailers to the power and convenience of the internet. The eye-catching shop between Woodley and Haskell has advertised major discounts in an effort to clear the merchandise before its official closing on January 5. Ahh’s! had moved to Encino in 2012 from its previous location in Sherman Oaks.