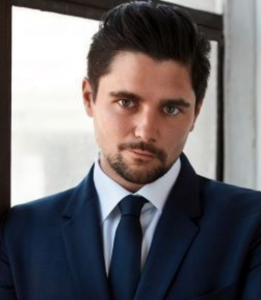 Carl Gambino knows luxury real estate. Having set the record for the highest sale in Encino history at $14 million, he further went on to shatter his own record by selling another Encino home at $20 million. While licensed in the hottest real estate markets in the nation, it seems that this quiet Valley city is generating quite a big buzz and Gambino’s numbers are proof of that.

So what makes Encino such a hot spot not only for luxury real estate, but also for high profile celebrities seeking sanctum there? After all, Gambino’s client list includes such high-profile names such as Jennifer Lopez and hubby A.Rod, Harry Styles, Nick and Priyanka Chopra Jonas, Joe Jonas, Sophie Turner and Travis Scott. While a selection of those A-listers have 91316 as their zip code, proof of Encino’s housing merits are further reflected in the fact that Gambino himself chose the city as his home base.

Encino has had a long history of drawing notable characters to its homestead but with the current growth of real estate record-breaking numbers, what does it mean for the city’s future?

Gambino, who continues to be recognized as one of the most successful agents in the Los Angeles, New York and Miami markets, breaks down the appeal  of Encino and how that reflects on the average buyer.

Encino Enterprise: How did you get into the real estate business? Was it something you always had a passion for?

Carl Gambino: I just randomly met a guy at a party in Manhattan when I was 20 years old who was like a salesman character from a movie. He said he sold buildings and that I should come chat with him about it. After that conversation, I started working there a few days later.

I had always been obsessed with houses and buildings. When I was younger I had older friends who had their drivers licenses years before me and I would beg them to take me to wealthy neighborhoods to just drive by the mansions.

EE: What about Encino specifically makes it such a desirable place for high-profile celebrities to want to call home? After all, the city has recently seemed to top places like Calabasas or even Malibu for these personalities to flock to.

CB: Encino offers so much in general but specifically, it offers high profile and celebrity buyers the ability to have land, space and privacy at a much lower price than Beverly Hills or other areas of the city. Even though huge sales are happening in Encino, it’s basically still around half of the price of areas that are within a 15-minute drive.

EE: Properties in the valley, specifically Encino, have recently been major plot points on a variety of reality shows like “Real Housewives” and “Selling Sunset.” How do you think this has impacted the market, if at all?

CB: I think it just contributes to the overall buzz and excitement of what’s happening locally.

EE: With the real estate surge in Encino, what does that mean for current residents who may wish to sell or potential average buyers looking to purchase?

CB: I think it’s great for current homeowners because they can demand higher prices. The values are even starting to push west and north of Encino.

I still think there is an opportunity for average buyers to find great homes if they dig for them.

EE: What’s the most surprising impact COVID-19 has had on the real estate market and do you foresee the effects of this pandemic to change the market moving forward?

CB: The most surprising impact of COVID-19 to me is that the market is still so strong. Originally it froze but if you analyze the market it actually makes sense. It’s so hot for a combination of reasons.

The interest rates are historically low and people are wanting better homes because they are spending so much more time at home.

EE: Do you foresee any other valley location building itself to be the next Encino in terms of desirable and high-luxury homes?