After all, it was my birthday…

We were taking – after a long COVID break – a much loved trip to London. But to really celebrate we decided to jump over to Paris for the actual day.

We’d flown to London on British Airways.  Premium economy was an available upgrade with miles, so we were able to stretch out and actually sleep – which is something that’s hard for me to do on a plane. But four movies, a surprisingly good meal and a few glasses of wine later, I slept. The flight seemed shorter than usual, or maybe it was the anticipation of the trip ahead.

As soon as we landed in London we grabbed a black cab and headed to St. Pancras Station – with a full discourse from our cabbie on how many people he dropped off there every day.

It’s because it’s amazingly easy – and certainly faster than taking a flight from London to Paris, where you have to go all the way out to the airport, get through security and then wait, and wait.

The Eurostar terminal has every amenity you need before boarding the train – the patisserie Paul for snacks and coffee, duty-free shops, comfy seats and even an upper class lounge for those awaiting their  trip.

Not that they wait long. The beauty of the Eurostar is that you walk on and walk off. Security and passport control are a breeze. In less than an hour we were onboard.

The trains go 186 miles per hour so the bucolic British landscape rushes outside your window. In our first-class cabin we were  served a delightful meal with wine and coffee. A rack of magazines from both England and France kept us busy, so I devoured everything written about the death of Queen Elizabeth the week before.

The two-and-a-half hour ride flew by. A discreet sign announced that we were entering the Channel Tunnel (Eurostar is also known colloquially as the “Chunnel” that runs under  the English Channel from England to France). In no time at all we were seeing the rolling green hills of France and we quickly pulled into Gare du Nord in Paris, ready to start our 24-hour  tour.

We’ve spent a lot of time in the city, so we headed straight for the 7th Arrondisesment and checked into a hotel near our beloved Rue Cler – a market street that offers everything from fresh produce and flowers to a boucherie, fromagerie (heaven!) and the familiar Repaire de Bacchus wine store.

This walking street has fabulous restaurants on every corner, and in the 30-plus years we’ve been coming here has gotten more and more bougie – with a Laduree patisserie, Mariage Freres tea shop,  gourmet olive oil store and more. But it still has its open fruit and vegetable stalls, its familiar cobblestone street and its old-world flavor.

Hotel Relais Bosquet was just around the corner. We chose the charming three-star hotel for its proximity to Rue Cler and the Eiffel Tower. From there you can walk to the Rodin Museum, the Grand Palais, the Seine and the Bateaux Mouche tour boats.

Paris is a definitely a walking city, so packing a picnic from Rue Cler and walking the four blocks over to the Eiffel Tower is always a must on the list. Our first night, however, we opted to stroll over to The Dome cafe and just sit for hours at the edge of the Champ du Mars and watch the lights come on  at the iconic monument.

Because we had big plans for the next day.  For my birthday we celebrated atop the Eiffel Tower with lunch at the Le Jules Verne restaurant.

Le Jules Verne is a one Michelin Star restaurant under Head Chef Frédéric Anton, who has earned three stars at Le Pre Catelan, another restaurant he owns.

His five-course luncheon was  in a word – delectable. God bless the French for believing in savoring their meal, so we weren’t rushed in or out. They indulged us before we sat down, taking our picture against the backdrop of the city, and let us stay for over three hours enjoying the succulent crab, lobster ravioli, scallops, roasted lamb and poached pear. The wine was sublime, the service impeccable and the afternoon experience exquisite. There is no other word to describe it. Bon anniversaire a moi!

With just the afternoon and evening left, we decided to hire a private guide from Viatour. On such short notice they told us the only tour available at that time was their Citroen tour. Our guide showed up in a vintage car with an open roof – and we took off to see all the sights of Paris!

We toured along the river, saw every monument, overlooked the city from the Trocadero, and everywhere we stopped got admiring looks and laughs from locals and tourists alike as we hung out the roof of the car to take in all of Paris.

As the afternoon grew darker, we decided to continue our tour and let our guide show us his Paris at night. Atop Monmartre we stopped at a small bistro for a cafe creme to warm us up before heading to the famed steps of Sacre Couer. There le tout Paris spread out before us. The view is incredible and we were thrilled to end our 24 hours in the City of Light overlooking the beauty of the city.

We’ve done the on-off bus tours in every city we’ve visited, but having a private guide, and such a fun car,    gave us a more up-close and intimate view of a local’s Paris. Well worth it from every aspect.

I didn’t want to leave! But London and all the pomp and majesty of the Queen’s funeral awaited.

So we grabbed our bags, headed back to the train station, walked aboard the Eurostar and headed to London.

In our 24 hours in Paris we’d seen the city, walked its streets, inhaled its scents and ate like kings. A more perfect birthday I couldn’t imagine.

It’s going tobe  hard to top next year, but I have some ideas. As we emerge from the pandemic, the world is open again, and I want to see as much of it as possible.

And Paris was a good start. 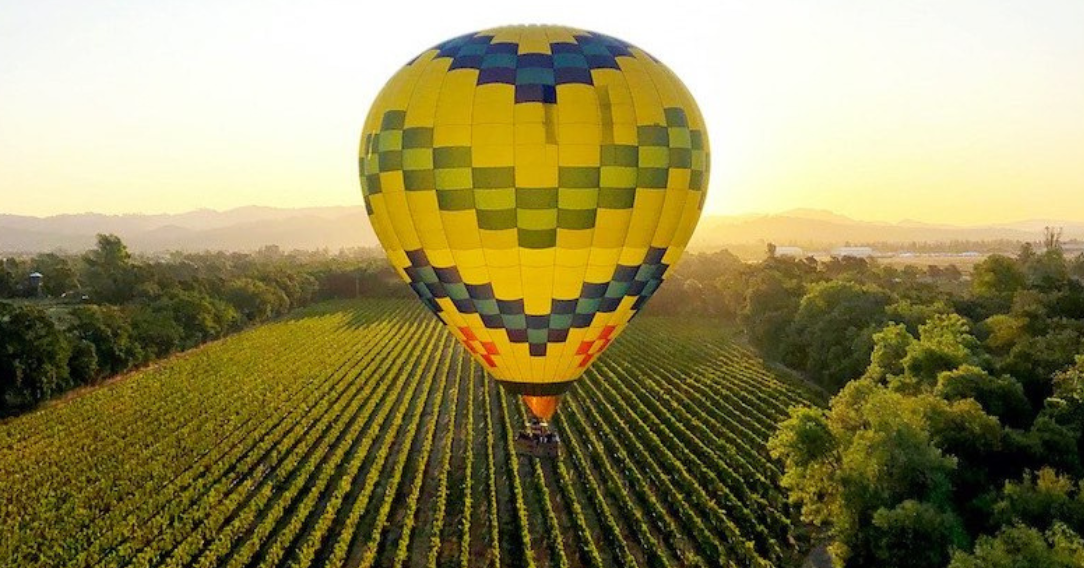 After a weekend at Stagecoach, it was clear this cowgirl hadn’t gotten enough of her country fill, so I headed to Nashville for a bit… Read More »From Honky Tonks to Hot Chicken, Nashville Has it All Y’all!